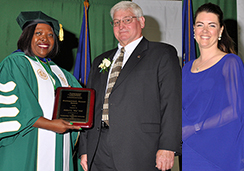 The Distinguished Alumni Award of Tompkins Cortland Community College was presented to three alums at the College’s commencement ceremony on May 23, 2019.

The Distinguished Alumni Award recognizes alums who have distinguished themselves in their career and service to the community. After nominations from the community, and a committee selects worthy recipients to honor.

Roy Hall is a 1974 graduate of the business administration program. He was recognized for his commitment to his community, exemplified especially by his work with Bible Baptist Church of Cortland. 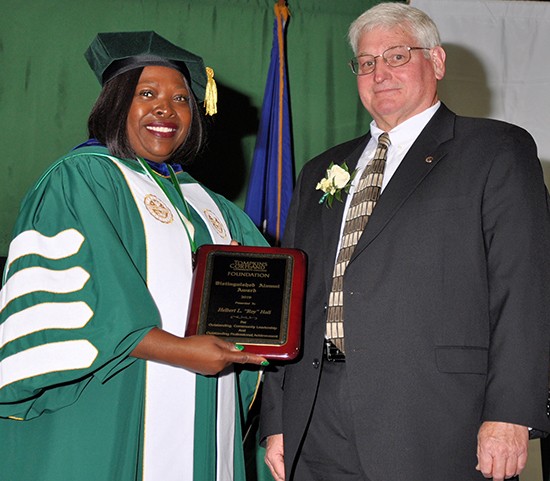 Kelly Tobin is a 2001 graduate of the business administration program. She was honored for her extensive contributions to the Cortland community, including her work with the YWCA, Cortland Zonta Club, and the Cortland Downtown Partnership. 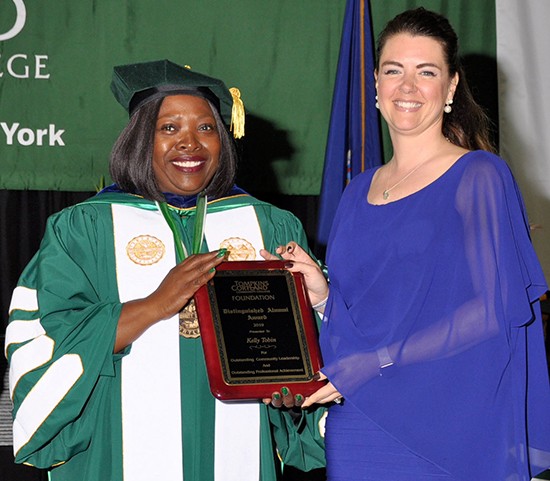 Tom Wood is a 1983 graduate of the College with a degree in engineering science. He served our country as a career naval officer, serving in Guantanamo Bay, Afghanistan, and numerous other locations, as well as during operations Desert Shield and Enduring Freedom. 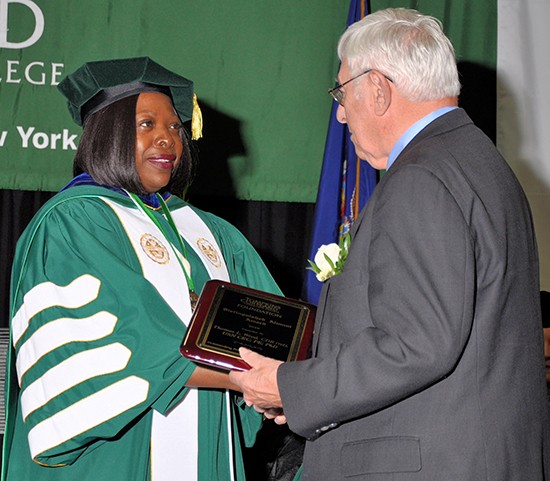