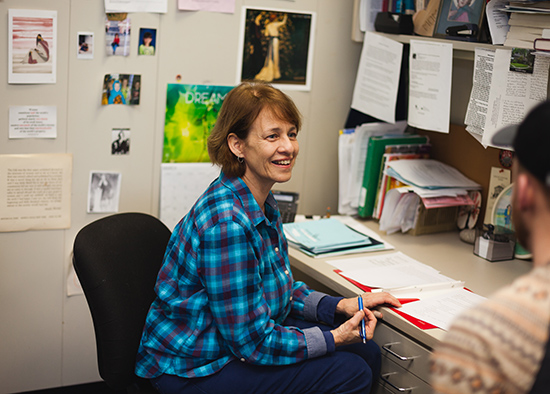 A book about women winning the right to vote has won Tompkins Cortland Community College Professor Karen Pastorello national recognition. Pastorello and co-author Susan Goodier’s book Women Will Vote: Winning Suffrage in New York State was honored with a 2019 Award for Excellence from the American Association for State and Local History (AASLH) Leadership in History awards committee. The AASLH Leadership in History Award is the nation’s most prestigious competition for recognition of achievement in state and local history. The award was presented at the AASLH annual meeting in Philadelphia over the summer.

Women Will Vote highlights the activism of rural, urban, African American, Jewish, immigrant, and European American women from across the state, as well as male suffragists, that led to the positive outcome of the 1917 referendum that gave women the right to vote in New York. The book argues that the success of the referendum in New York laid the groundwork for the passage and ratification of the Nineteenth Amendment and changed the course of American history.

Pastorello, a 2007 winner of the Chancellor’s/Trustees’ Award for Excellence in Scholarship and Creative Activities, has taught at Tompkins Cortland since 2000.