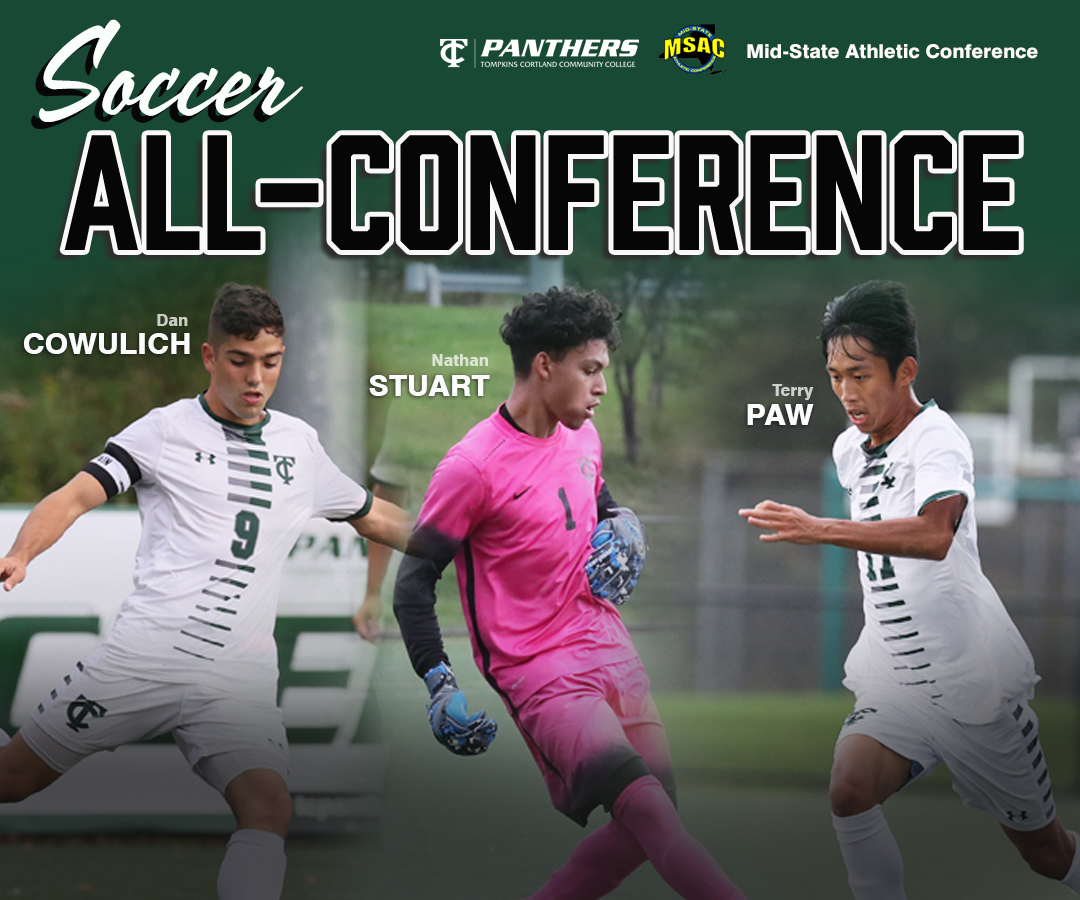 After earning all-conference honors as a defender last season, Stuart (Fulton/G. Ray Bodley H.S.) moved to goalkeeper this season. He had a goals against average of 2.31 in MSAC games, allowing two or fewer goals in half the games. He posted one shutout.

Like Stuart, Cowulich (Berkshire/Newark Valley H.S.) started all ten games. He spent most of his time in the defensive end, but he still scored two goals in the win over Jefferson.

Paw (Ithaca/Ithaca H.S.) was the team’s leading scorer for the second straight season, finishing with 10 points in 10 games.