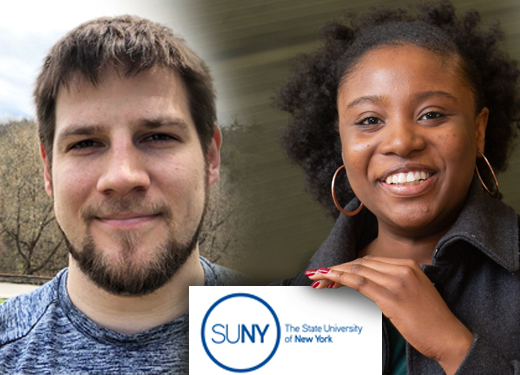 Tompkins Cortland Community College students Lana Esho and Casey Smith have been recognized with the 2020 Chancellor's Award for Student Excellence by the State University of New York. The Chancellor’s Award for Student Excellence, established in 1997, recognizes students who have demonstrated the integration of academic excellence with accomplishments in the areas of leadership, athletics, community service, creative and performing arts, campus involvement, or career achievement. 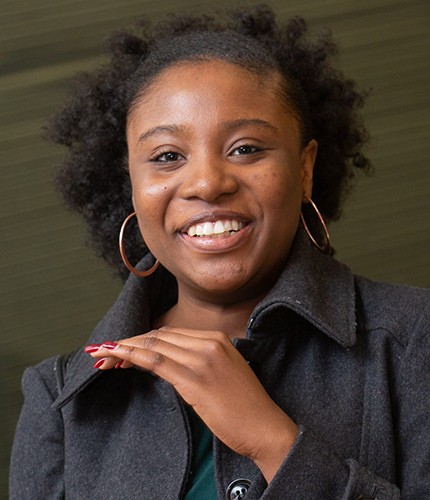 Esho is the Student Trustee, serving on the College’s Board of Trustees as the elected representative of the student body. She is Vice President of the College’s chapter of the international honor society Phi Theta Kappa, Executive Secretary for the New York region of Phi Theta Kappa, and a Vice President in College’s Student Government Association. A peer mentor in the Office of Diversity Education and Support Services and a volunteer tutor for math and science, Esho is a dean’s list student who will graduate later this month with a degree in liberal arts and sciences: general studies. 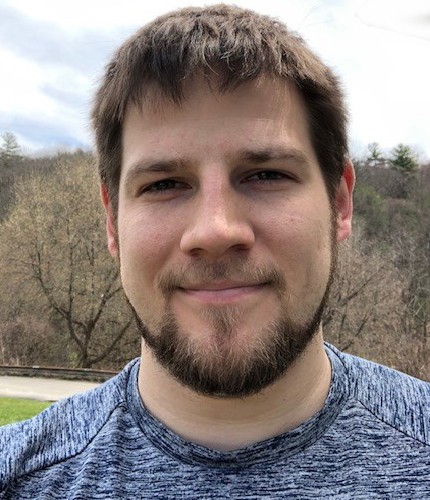 Smith has also excelled both in and out of the classroom. He is a Dean’s List student with a 4.0 G.P.A. over the past four semesters, President of the Student Government Association, and Assistant Treasurer of the Faculty student Association. A member of the National Society of Leadership and Success, Smith has served as an accounting tutor on campus while also maintaining employment off-campus and volunteering weekly at the Candor American Legion Post 907. He will graduate later this month with a business administration degree.

Both Esho and Smith were nominated by Tompkins Cortland President Orinthia Montague after a selection committee review and recommendation. Nominees then face a second round of review by the Chancellor’s Office before final approval.