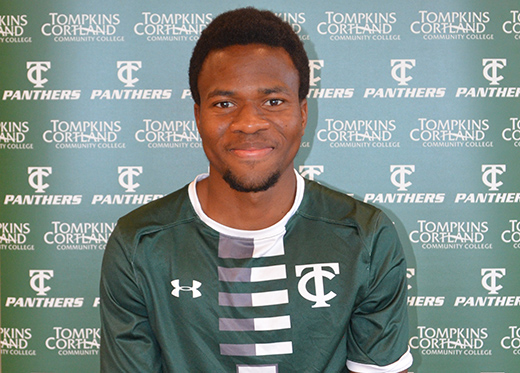 Adebodun Ademoyo has joined the Tompkins Cortland Community College Board of Trustees as the Student Trustee. Ademoyo was elected to represent the student body as a full voting member of the Board. His appointment is for the 2020-21 academic year.

Ademoyo is in his second year at the College after graduating from Seton Catholic Central High School in Binghamton. As a freshman at Tompkins Cortland he was a member of the College’s soccer team and excelled academically. He made the Dean’s List twice, received the President’s Citation for completing 30 credit hours with a GPA above 3.8, and was inducted into the Phi Theta Kappa Honor Society. Ademoyo is majoring in nursing.