One Team and 12 Individual Student-Athletes Honored for Academics 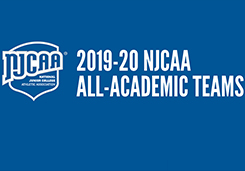 The Panthers volleyball team was honored as one of the Academic Teams of the Year for posting a team GPA of 3.32. The team consisted of 15 players, with more than half of the team finishing above 3.0. Wendell led the team with a perfect 4.0. Feocco (3.97), Harkenrider (3.90), Egan (3.81), and Hill-Custis (3.60) were among the standouts on the volleyball team.